Dr. Snider is passionate about all aspects of dentistry and believes strongly in making patients feel at ease and as relaxed as possible through every visit. 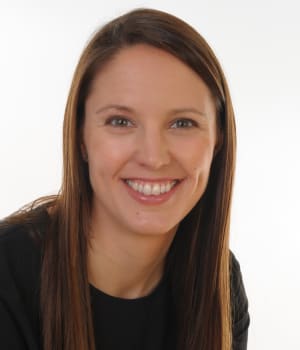 Dr. Angela Snider is originally from Edmonton, Alberta where she received an undergraduate BSc. from the University of Alberta.

She then attended the University of Saskatchewan College of Dentistry where she graduated with her DMD in 2009.

In 2017 she and her family relocated back to Ontario and Dr. Snider continued to practice dentistry in a rural setting before moving to Toronto in 2019.

Dr. Snider seized the opportunity of being near a dental school and spent her time in Toronto as a clinical supervisor at the University of Toronto Faculty of Dentistry.

In the summer of 2020, Dr. Snider and her family relocated to Winnipeg and she is excited to be in private practice again.