Dr. Simoens has an unwavering passion for dentistry and the oral health of her Winnipeg patients. 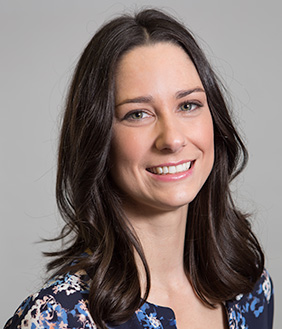 Born and raised in Winnipeg, Dr. Lori Simoens attended the University of Manitoba, where she completed her Bachelor of Science degree prior to beginning her career in dentistry.

After obtaining her Doctor of Dental Medicine from the University of Manitoba in 2008, she immediately moved to begin practice in Dauphin Manitoba.

After a year, she relocated back to Winnipeg where she worked in the Windsor Park community, just a stone’s throw from her childhood home.

Dr. Simoens appreciates a sense of community and thrives in a team environment. Likewise, she loves the collaborative aspect of being a dental professional: her professional extracurricular activities involve active participation in several local study groups.

She also serves as a facilitator for the Winnipeg General Practice Study Club, as well as gives lectures to the Dental Students as part of the Mentorship Program at the University of Manitoba. She is a member of the Alpha Omega Fraternity and has served on their Board of Executives as the Chairperson for the Annual Memorial Lecture in the past.

Akin to her professional endeavours, Dr. Simoens’ personal extracurricular activities often centre around continued learning, collaboration and team work. She is a member of the Winnipeg Women’s Volleyball League and enjoys her weekly participation in a team sport. She also enjoys hands-on, creative hobbies such as interior design. Dr. Simoens acted as a designer and general contractor for the renovation of the home she shares with her husband, Chris and daughter, Lyra.

After working as an associate dentist for seven years, Dr. Simoens decided to venture into office ownership in hopes to cultivate an environment that reflects her values and facilitate professional growth. She now owns and operates the Waverley Dental Centre with Dr. Regula (since 2015). Dr. Simoens enjoys applying the practical lessons learned through her participation in her extracurricular activities (both professional and personal) to her practice.

The collaboration of the dental team, camaraderie of other dental professionals and partnership between dentist and patient provide Dr. Simoens with immense satisfaction and fulfillment; she is always eager to share that excitement with her colleagues and patients alike. 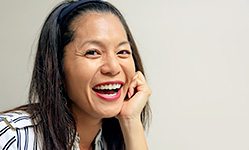